A Pre-expectation Calculus for Probabilistic Sensitivity 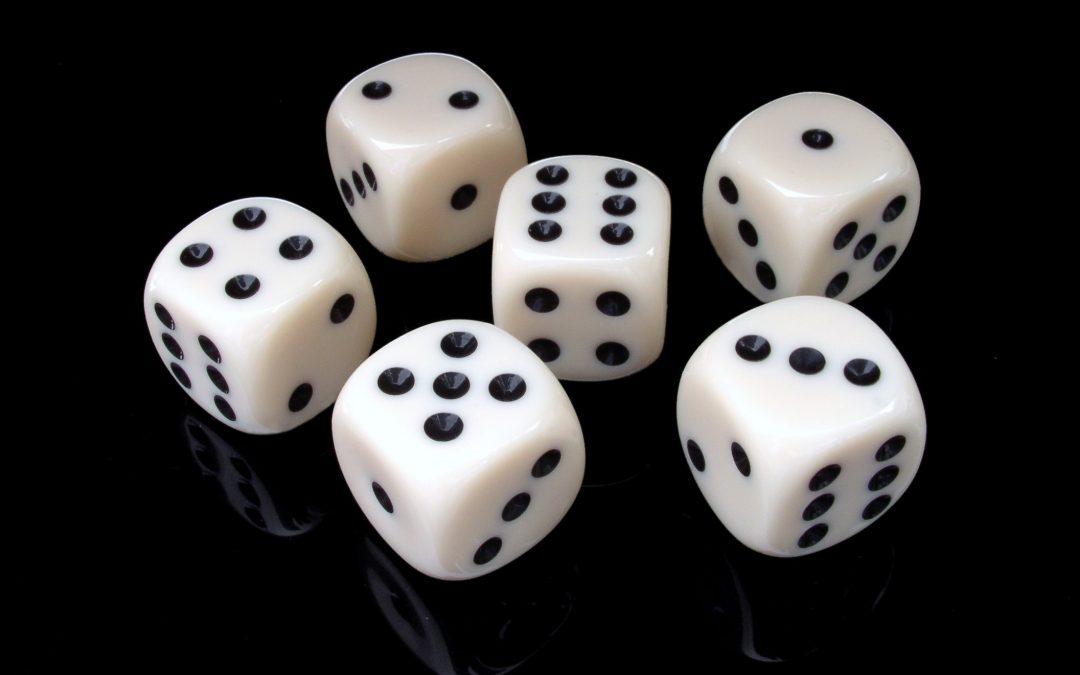 Probabilistic programs are ubiquitous in modern computing, with applications such as randomized algorithms, machine learning and statistical modelling. Techniques and principles to formally verify classical (deterministic) programs often fail in counterintuitive ways when applied directly to probabilistic programs. This motivates the need for specialized techniques to reason about these programs.

over the input space and a distance

over the output space such that the program, such that for any pair of inputs

and their respective outputs

Our distinguished POPL 2021 paper, A Pre-expectation Calculus for Probabilistic Sensitivity explores the problem of reasoning about the sensitivity of probabilistic programs, whose behavior may depend on randomly sampled variables, and therefore their observable output defines a probability distribution over final states. In this post we will first begin by justifying the notion of sensitivity we use, then discuss how we reason about it and finally conclude by presenting some applications.

Consider for instance the following program:

This program samples a random bit T times and counts the total number of 1s. The probabilistic behavior is induced by the command flip(p), which returns 1 with probability p and 0 with probability 1-p. We are interested in studying the sensitivity of the output x with respect to the parameter p. For simplicity, we assume that the number of iterations T is a global constant.

Recall that a discrete probability distribution over a countable set

. For our program we could define sensitivity using for instance the following distances:

The TV distance can be defined on every output space

, since the structure of

is not used in the definition. As a downside, it is often complicated to compute the exact TV distance, since one needs to evaluate the sum above.

(Note: This is actually not a distance, it is a pseudodistance, but it also can be used to define sensitivity). For instance, in the example above, the absolute expected difference between the outputs of foo(p1) and foo(p2) is T * |p1 - p2|, since the loop runs T times, and the probability of increasing the counter is p1 on the first run and p2 on the second. For a more general output space

, we may want to reason about the absolute difference between the expected values of a function

on the two output distributions of the programs. These families of distances are used for instance to define stability of machine learning algorithms (see below).

While sensitivity properties for probabilistic programs are defined in various manners, it would not be convenient to have different methods to verify different notions of sensitivity. Instead, we would like to have a more general notion of distance that we can reason about, and that can then be instantiated to particular distances between probability distributions.

With the goal of generality in mind, we develop a framework to reason about a distance known as the Kantorovich distance (sometimes also referred to as the Wasserstein distance). This distance constitutes a canonical lifting from a base distance

denotes the space of discrete probability distributions over

by placing a pile of sand of size

on top of each point

corresponds to the cost of the optimal way of transforming

by moving sand, where the cost of moving

units of sand from

provides an upper bound on the absolute expected difference defined from

. Moreover, in the degenerate case of distributions that assign all their mass to a single point, the Kantorovich distance

Sensitivity is not only a relational property, but it is also a quantitative property. There is already significant previous work in verifying quantitative properties of probabilistic programs. The most related to our framework is the work on weakest pre-expectations by Morgan and McIver, which uses a predicate transformer to compute the expected value of some real-valued function

. This transformer can be seen as a quantitative generalization of Dijkstra’s weakest precondition transformer.

The initial observation behind our work is that predicate transformers can also be generalized to reason about sensitivity of probabilistic programs using the Kantorovich distance. More precisely, we can construct a transformer that receives as an input a distance

and an imperative probabilistic program

between the two output distributions of

Let us be more formal. A relational expectation is a map

from pairs of memories to the positive reals (note that distances are particular cases of relational expectations). In our paper we introduce a novel relational pre-expectation transformer,

. It receives a program

, and a relational expectation

, and it returns a relational expectation

such that, for any pair of input memories

, it satisfies the inequality

on the left side is interpreted as a map

This transformer is a direct analogue of other predicate transformers. It is defined by induction on the structure of the program, i.e., we define

for every atomic command

, and for composition we have

for a while loop is defined by a fixed point equation and can be approximated by using a generalized notion of invariants.

As with other transformers, such as the weakest pre-expectation or the expected runtime transformer, most of the explicit reasoning about probabilities is abstracted away, and is only needed for sampling commands. By choosing an appropriate distance

between memories, our transformer can be used to reason about several notions of probabilistic sensitivity.

Finally, readers may have noticed that we have not claimed anything about the precision of the sensitivity bounds our transformer computes. Indeed,

does not always provide the tightest bound possible. This is due to some technicalities about the way the Kantorovich distance composes. Nonetheless, we have not observed significant gaps in practice between our analysis and other analyses of probabilistic sensitivity.

One of the core algorithms in machine learning is the gradient descent algorithm. This algorithm uses a data set of labelled examples to train a classifier to label new, unseen examples. The classical deterministic algorithm iterates over all examples in the training set and adjusts the parameters of the classifier so that they minimize a loss function, which measures how good the classifier is at labeling examples. These datasets, however, are often massive, and training a classifier can be computationally expensive.

The idea behind the stochastic gradient descent algorithm (SGD) is that we can instead choose a few examples at random, train the classifier only with these examples, and still obtain a classifier that performs similarly as another trained with the full data set.

The SGD algorithm satisfies a property called stability: when running SGD on two adjacent training sets (meaning that they differ in a single data point), the resulting classifiers have a similar expected loss in new examples. This means that it generalizes: it should perform well on unseen examples and it limits how much it can overfit the training set.

This is a sensitivity property: it can be specified by two distances. On the input space, we can use an adjacency distance measuring the number of differing examples between two data sets. Between the outputs, we define a distance measuring the absolute difference between expected losses. This property can then be verified by our expectation transformer, as we show in our paper.

Another interesting application of our technique is verifying the rate of convergence of Markov chains. This is also a case of sensitivity, since it depends on the distance to a stationary distribution. This has several interesting applications, such as determining the efficiency of algorithms based on Markov Chain Montecarlo

If you are interested in seeing more details and applications, please read our distinguished POPL 2021 paper.

Bio: Alejandro Aguirre is a postdoc at Aarhus University in the Logic and Semantics group. He works on developing logics to reason about probabilistic programs, with an emphasis on relational properties.