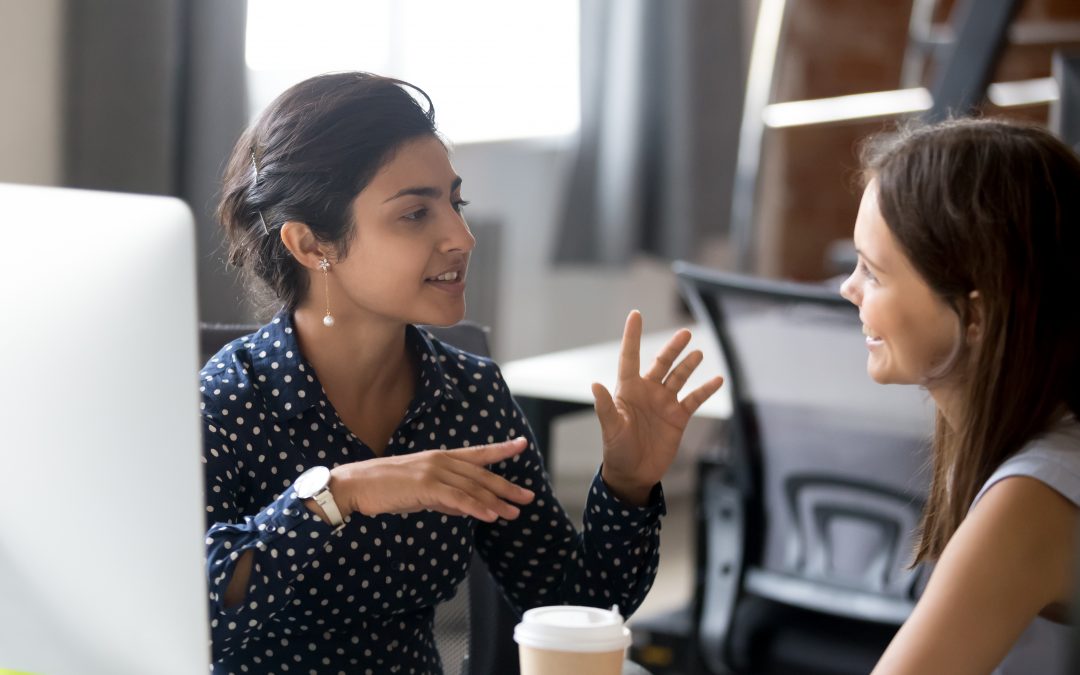 SIGPLAN-M is SIGPLAN’s international long-term mentoring program. Initiated in late 2020 by Talia Ringer, it now has over 200 mentors and over 300 mentees. Everybody in the community — from aspiring undergraduate to experienced faculty — is welcome to take part either as a mentor or as a mentee (or both).

For this edition of People of PL, John Wickerson met three of SIGPLAN-M’s mentors to find out about their experiences:

How did you get to where you are today, and how have mentors helped you along the way?

TG: I got into science in the second week of my bachelor degree at the University of Passau. I was sitting in the front row, obnoxiously raising my hand all the time, and the professor asked me after the lecture if I would like to get involved in his research, which had to do with loop optimisations for compilers.

The professor’s name was Martin Griebl, and he was the first mentor of my scientific career. He was a terrific mentor. He was so passionate about his research, and I found that passion inspiring. He spent endless hours explaining things to me that must have been awfully obvious to him — like how to represent sets of constraints as matrices — and he treated me as if I were his peer the whole time. Nowadays, it is my research group that uses these techniques on a daily basis.

Another amazing mentor I had was Sebastian Pop, who introduced me to the open-source compiler communities while I was working with him at AMD in Texas. We would do pair programming on GCC at a coffee place in Austin, and then on Wednesdays we would have research discussions while sailing on Lake Travis. I think what made Martin and Sebastian such great mentors was that they were not just technically excellent, and able to connect me into their networks, but that they both really cared about their research. And I really felt that they cared about me as a person too.

I try to pass on these experiences to my own research group nowadays. In fact, we just came back from a trip to a wonderful outdoor centre that the University of Edinburgh has, where we went sailing, hired mountain bikes, and built campfires.

GS: I was lucky because ever since I was a kid, I knew I wanted to be an engineer. I always loved building things with my hands. Then I got my first computer and got really into programming, especially making my own video games. So I decided that to combine these interests, I had to become a software engineer. As for research: that was something I stumbled into. I was doing a job writing some software for a professor at Penn State University, and that slowly morphed into me doing research with him, without really knowing it was research at the time. Right now, I’m just starting a new research project called Lakeroad, which is all about compiling software programs into hardware accelerators in a faster and more stable way. It’s exciting work, and the way it blends both PL and architecture appeals to me.

I was lucky to have good mentors as an undergraduate — with one of my advisors I had a no-nonsense relationship where we just talked about technical things, and I talked with my other advisor about the social aspects of research. And nowadays at the University of Washington, I really benefit from the supportive and highly sociable culture we have among our students.

MM: I actually majored in music as an undergraduate at Brown. I also took Physics, but ended up switching to computer science because quantum mechanics is incompatible with my brain! During that time, a couple of friends and I tried to make a video-game startup, but I soon became frustrated at how hard it was to program stuff. I had a similar feeling of frustration when I was doing an internship with the Department of Energy on nuclear fusion: they had one of the country’s best supercomputers, but deploying code on it was so maddeningly difficult. It was around that point that I started to think of programming as a serious academic pursuit in itself.

One research project I’m working on at the moment is called Gallifrey. We’re trying to build a programming language that can use weakly consistent objects internally, for performance reasons, but also imposes limits on how those objects can be observed, so that the programmer is still presented with a nice sequentially consistent semantics.

I’ve been lucky to have a lot of great mentors in my career so far. One thing they all have in common is approachability — they are all people with whom you feel safe being vulnerable. They make it ok for you to say that you don’t actually know as much about something as perhaps you’d like people to think you do.

What has been your experience of participating in the SIGPLAN-M mentoring scheme?

TG: I’ve really enjoyed it. One thing that has stood out about this programme is that the people who run it really care about it. Talia sends emails with a personal touch, checking in to make sure everybody is doing ok. That really makes a difference.

I’ve mentored four people now. It’s been very interesting seeing their diverse trajectories. Some are students who have graduated and moved to industry, while others are established in a different career and are interested in becoming a computer scientist. Some I just spoke to a couple of times, while others I meet every month or so. And I must say: I don’t know how the matching algorithm works, but it has done a really good job, because I’ve found that even when a mentee and I don’t seem to have that much in common, we often discover deep technical connections after we have talked for a while. It’s almost like the matching algorithm knows me better than I know myself!

GS: I was really keen to take part in the mentoring scheme, partly because I wanted to support Talia and the other organisers who were going out of their way to make our community a nicer place to be. I think of the mentoring scheme as a way for Talia, who is an alumna of the University of Washington, to bring some of the supportive culture that we enjoy here into the wider PL community.

As for the mentoring itself, I have been struck by the range of challenges that different people go through during their PhDs — both personal and professional — and the resilience they show in the face of those challenges. It’s been very rewarding to have the opportunity to try to help people with these challenges where I can, and I’ve learnt a lot about how I can be a more resilient person myself.

MM: One thing that has really surprised me about SIGPLAN-M is how immediately it took off. There seemed to be no ramping up needed, no cajoling faculty members — the entire community just seemed ready to do it! I think in part that’s down to the brilliant organisation, which has found a great balance between, on the one hand, emphasising that mentors are committing to taking some responsibility for the welfare of a real person, and on the other hand, explaining that it’s a pretty minimal load, really just a few hours in a whole year.

Like Gus, I have been struck by the incredible breadth of problems that my mentees face in their personal and professional lives, including family dramas, racist landlords, and toxic advising relationships. It really hammers home to me how different everyone’s experiences of graduate school can be from my own.

Besides mentoring, what other schemes would you like us to consider as a community to better support our members?

TG: One project that I care a lot about is the Scientific Excellence and Well-Being Initiative that we started at ETH Zurich and have now expanded to the University of Edinburgh. We create and run so-called “unworkshops”. Their objective is to help disseminate knowledge not just about our scientific field, but about how to do the science itself. How do you talk to people and establish collaborations? How do you get through a stressful paper deadline? How do you balance work and life? Mentoring is great, because a good mentor can help you work through some of these questions, but with these “unworkshops”, we want to scale that up. We want to get students and established researchers together to discuss and practise things like: how to write related-work sections? What’s the best way to apply for a faculty position? And so on. We’d like the “unworkshop” to be a generic format that allows anyone, with our help, to create a workshop to crowdsource the tacit knowledge in our community on a topic they care about.

GS: Schemes like SIGPLAN-M are great, but of course all these things take up people’s valuable bandwidth. I think it’s worth noting that one reason this mentoring scheme has worked so well is that Talia has done so much work behind the scenes to make it such a small amount of work for the participants — it really can be just an hour every month or so, which is really not that much of a commitment.

MM: Through SIGPLAN-M, we’ve opened the door to cross-university support, but we’ve gone nowhere near far enough yet. For instance, when students are suffering from a toxic relationship with their advisor, SIGPLAN could help them to transfer to a different university. This could be an amazing opportunity for SIGPLAN because those students might otherwise disappear from our community.

And finally, what would you be if you were not a computer scientist?

TG: Well I’m just getting into studying a bit of psychology actually. I don’t know if I imagine it as a whole different career, but I would be fascinated to see if it could be combined with programming languages at some point in the future.

GS: I could imagine myself as a mechanical engineer. And I sometimes think it would be cool to be an architect, though I’m sure that’s not an easy job. If I were to leave the realm of science and engineering altogether, I would probably be a fiction writer.

MM: Probably if I were not a computer scientist I’d be a composer. In fact, I still sometimes fantasise about going back to that.