How to Test a Quantum Program? 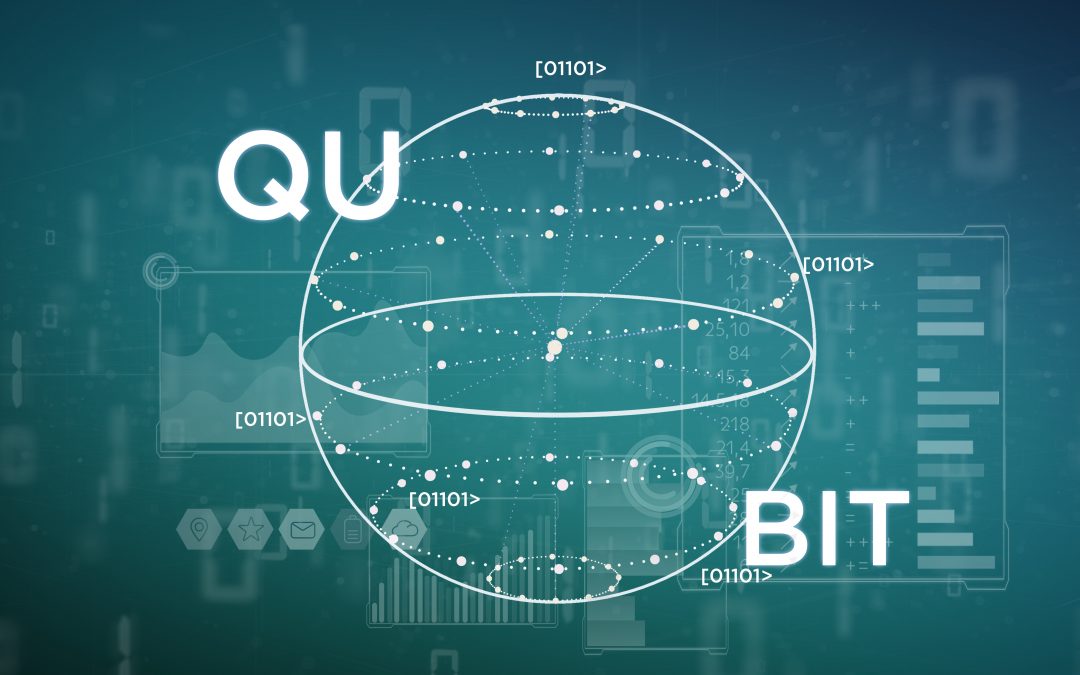 Using programming frameworks, such as IBM’s Qiskit and Microsoft’s Q#, people can write quantum programs and execute them on classical simulators or real quantum computers. However, program testing and debugging, which have been studied for a long time in classical computing, are still at a very early stage for quantum computing. The reason is that these activities turn out to be surprisingly challenging on quantum computers. This blog post presents our initial effort to tackle these challenges. It is a summary of our paper, Projection-based Runtime Assertions for Testing and Debugging Quantum Programs, named a Distinguished Paper at SPLASH/OOPSLA 2020.

The Problem of Quantum Program Testing

Our work revisits assertions, one of the basic program testing and debugging approaches, and applies it to quantum programs. Designing quantum program assertions is challenging for two reasons.

Considering the two obstacles above, we set two objectives for our assertion design.

Traditionally, physicists employ a protocol called quantum state tomography to test an unknown quantum state. This protocol can theoretically check any state but its running time increases exponentially in the number of qubits.

(Note: For readers who would like to learn more about quantum computing, to expand on and solidify the concepts just mentioned, we recommend the interactive essays at quantum.country.)

In our OOPSLA’20 paper, we proposed a new kind of assertion, in which predicates are expressed using projections. 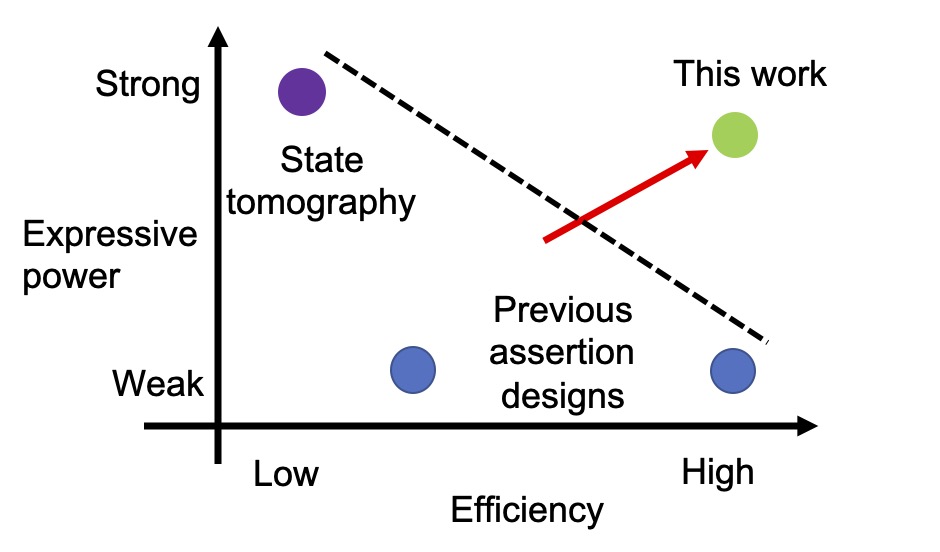 Quantum assertions as projections onto a subspace.

Expressive. A projection-based assertion predicate language is highly expressive compared with previous classical languages. All projections formulate an orthomodular lattice. The assertion languages in previous works (Statistical Assertion, Dynamic Assertion) can only express a few elements in the lattice while projections can express all of its elements.

For example, suppose we are simulating the state of two electrons on three orbitals. When the number of electrons is conserved, we know that a valid state must be in the subspace spanned by

represents one orbital and the values x=1 and x=0 represent if the orbital is occupied by an electron or not, respectively. Therefore a valid state must have two 1’s in the 3-bit string, which can be expressed by the assertion

To execute the projection-based assertions on a quantum computer, there are still two practical implementation issues that must be addressed. These two issues come from the constraints of physical quantum computers.

For the first issue, the compiler can  rotate the basis through an additional operation. Then after the measurement it can rotate things back to recover the correct program state. For the second issue, the compiler can construct the target projection by two larger projections without the dimension mismatch or augment the original Hilbert space by introducing auxiliary qubit. Then checking one assertion is transformed to checking an array of derived assertions without changing the semantics.

After these transformations, all projection-based assertions will become executable on physical quantum computers.

Conclusions and Next Steps

To facilitate practical quantum program runtime testing and debugging, we studied how to design and implement effective and efficient quantum program assertions. We selected projections as predicates because of their logical expressive power and the ability to check them efficiently at runtime.

It is also possible to relax the assertion predicates to find their sound yet easy-to-implement approximations. The degree of predicate relaxation and its effect on the robustness of the assertions in realistic erroneous program debugging need to be studied.

Bio: Gushu Li is a fourth-year Ph.D. student at University of California, Santa Barbara. Li Zhou is a Postdoc Scholar at Max Planck Institute for Software Systems. Nengkun Yu is a Faculty member and Mingsheng Ying is a Distinguished Professor and Research Director of the Center for Quantum Software and Information at the University of Technology Sydney. Yufei Ding is an Assistant Professor at Computer Science Department and Yuan Xie is a Professor at Electrical and Computer Engineering Department at University of California, Santa Barbara.