HOPL: Not an ordinary conference 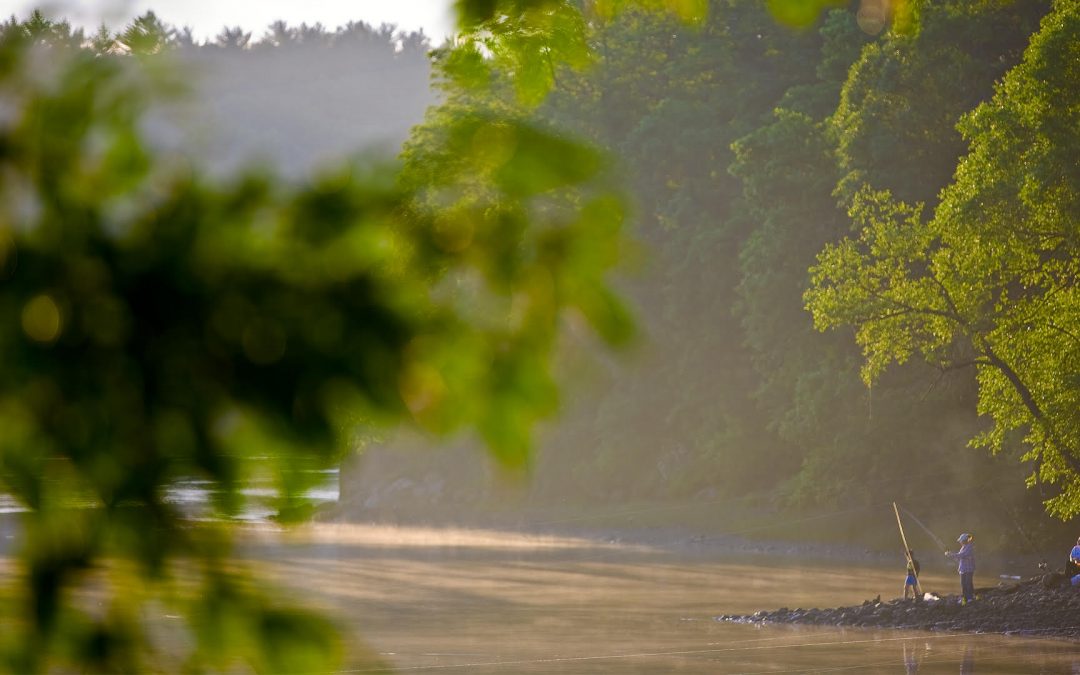 HOPL is the most paradoxical conference SIGPLAN puts on: the hardest to publish in, yet a nearly 100% acceptance rate. But wait—we don’t want no tl;dr. The facts:

The History of Programming Languages conference series produces accurate historical records and descriptions of programming language design, development, and philosophy. It is a major SIGPLAN event that is infrequently held: the first three were in 1978, 1993, and 2007. The papers for HOPL IV, on the history and evolution of 19 programming languages and language features, have now been published (Open Access) as the June 2020 issue of PACMPL:

The HOPL IV conference itself will feature presentations of these 19 papers, plus:

Unfortunately, the conference has itself been postponed because of the COVID-19 (coronavirus) pandemic. We are working with SIGPLAN to identify a new time and place for the HOPL IV presentations.

That’s it for facts; now the story.

HOPL is the most paradoxical conference SIGPLAN puts on: for one thing, it is the hardest conference to get a paper into. Started in 1978 and through this year, only 59 papers total have been accepted—about 1.4 a year. On the other hand, the goal each time is a 100% acceptance rate, and in 2020 we got to 86% (we’ll do better next time).

In October 2016, Guy Steele was invited to be program chair of HOPL IV, at that time scheduled to be held in 2022. In early 2017, Guy Steele asked Richard Gabriel to help him. The target date was changed to 2020, co-located with PLDI. In March, Mark Priestley agreed to act as HOPL’s Historian. Steele and Gabriel (aka Quux and rpg) decided to encourage submissions but to rely on invitations (more precisely, “letters of encouragement”).

They didn’t encourage people to write about a language solely because it is either beautiful or technically sound, and certainly not because it is regarded as innovative. The submission criteria had only to do with age and influence: age, to ensure historical perspective; influence, partly to ensure a relevant story, but more importantly to ensure that the developers endured the entire process not only of designing and implementing a language but getting it adopted by users, because it is typically from deployment and adoption that we have the most to learn.

Steele and Gabriel made lists of languages and programming-language topics from memory, consulted online lists such as TIOBE, and looked at all prior HOPL conferences. In the end they sent out 62 email messages of encouragement. Two face-to-face program committee meetings were held, one in September 2018 (co-located with ICFP 2018) and one in January 2019 (co-located with POPL 2019).

The first meeting was to get a quick look at the submissions but primarily to train the program committee about what history papers are and how to review them.

Reviewing papers: everyone knows how to do it. But HOPL papers are not much like SIGPLAN conference or journal papers.

Steele, Gabriel, and Priestley produced a 21-page Reviewing Principles document along with a 67-slide training deck.

From the encouraging emails and the official Call for Papers, 26 submissions arrived; 4 were withdrawn or rejected at the program committee meeting in January 2019. Then shepherds volunteered and were assigned. 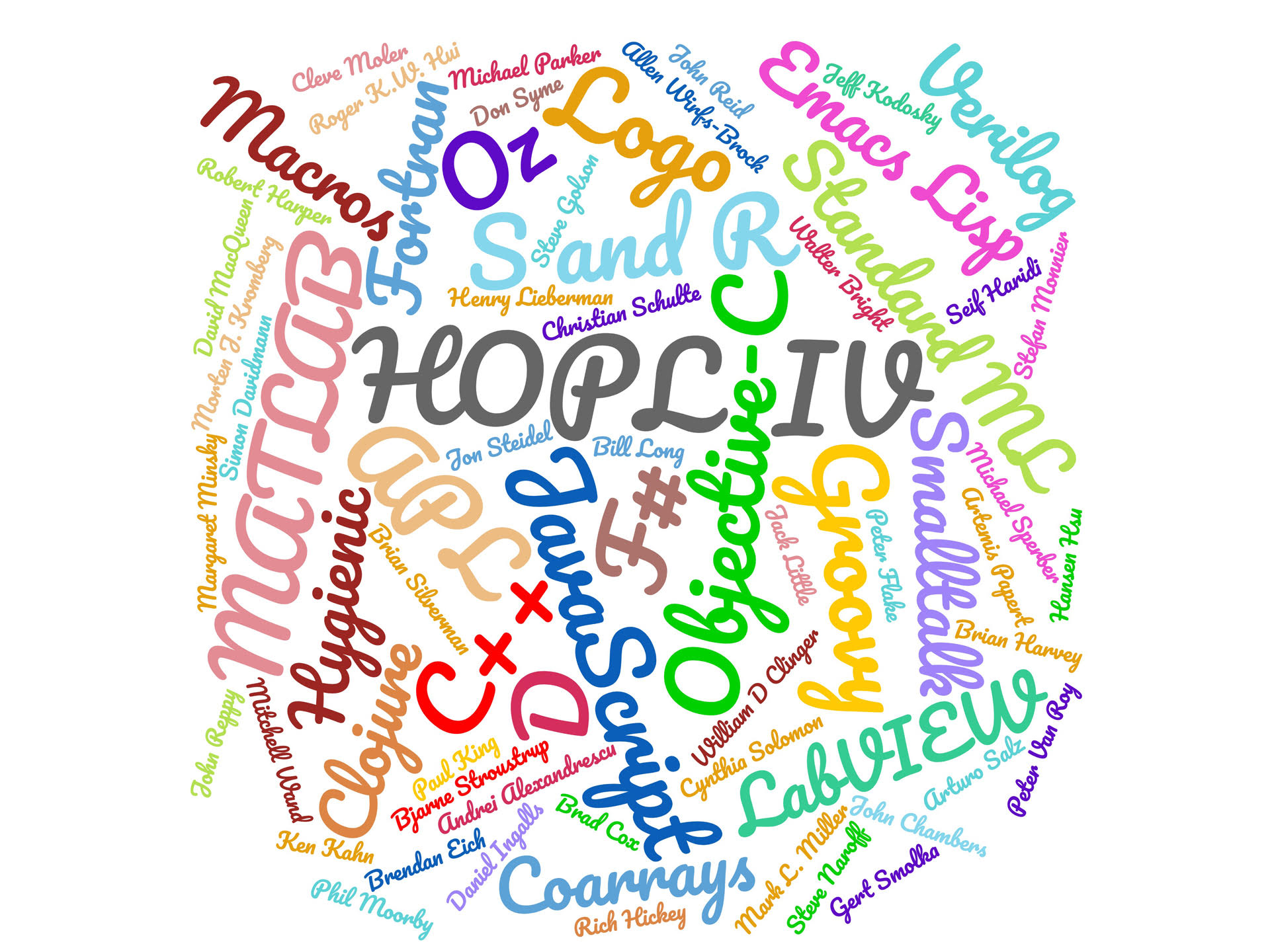 Shepherding—everyone knows how to do it. Except HOPL shepherding is not like the usual SIGPLAN shepherding—for conferences such as POPL and PLDI, shepherding is the process of supervising an author addressing program committee (PC) comments; for a short-cycle review process, those comments are typically focussed and small(ish), but for HOPL, comments can be large and general. Moreover, some of the submissions are not even complete, so that shepherding includes advising and helping the author complete the draft, which in turn means that structural and genre changes are in bounds. In short, HOPL shepherding is like being a combined copyeditor and editor for the manuscript—that is, an editor in the classic sense of the word.

For the second PC meeting (January 2019), Steele, Gabriel, and Priestley wrote a 12-page shepherding guide along with a 19-slide training deck. Shepherding started, in some cases, immediately after the September 2018 PC meeting, and in all cases continued until the March 13, 2020, “camera-ready” deadline. Here is what one shepherd did.

By the way, that paper was the length of a book.

At the other extreme, shepherding certain other HOPL papers “merely” felt like shepherding a conference paper that is three or four times the normal size. In any case, all papers received careful shepherding and multiple rounds of review. The authors themselves prepared and polished their papers over a period of two and a half years, investing hundreds of hours of effort to produce the best papers possible.

Over three years in the making; 19 papers; 1500 pages chock-full of history, stories, and photos. See the papers in the ACM Digital Library. Plan to attend the presentations once we figure out when the conference itself can be held.

Guy L. Steele Jr. (ACM Fellow, SIGPLAN Programming Languages Achievement Award) has been a member of SIGPLAN since 1971. He loves all programming languages—the stranger the better—but is choosy about which language to use for any specific task.