Conferences in the Age of COVID-19 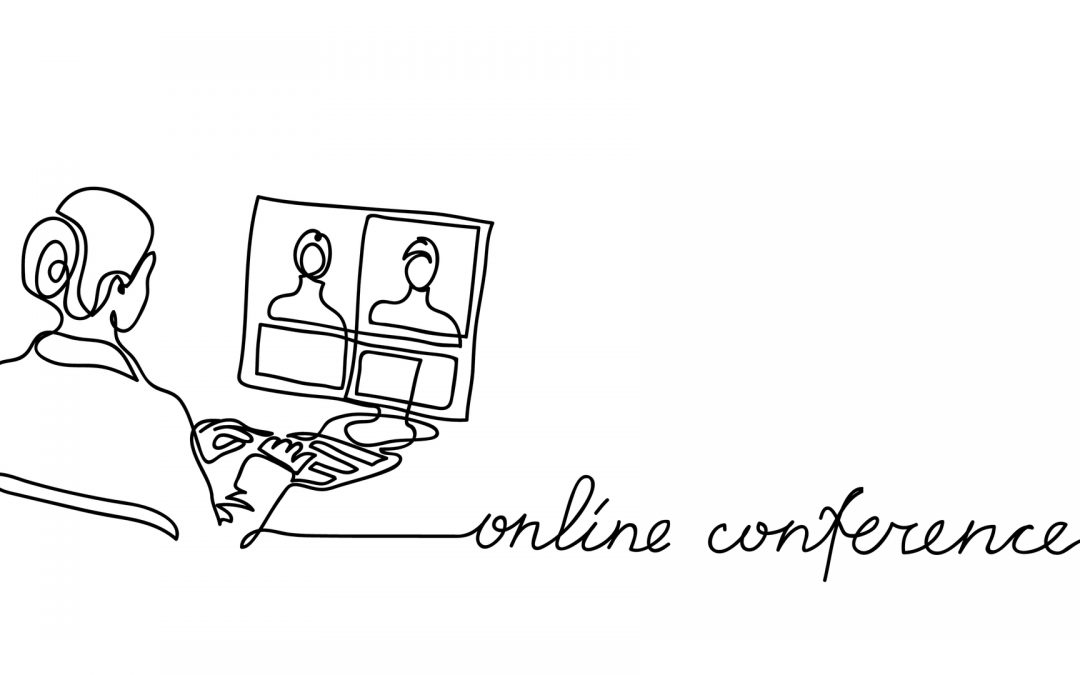 To help academic communities keep the conversation going in this time of severe travel restrictions, the ACM last month convened a Presidential Task Force on What Conferences Can Do to Replace Face-to-Face Meetings. The deliverable of that task force is now available in the form of a Best Practices Guide for Virtual Conferences. In this post, we explain how this task force came to be, how the guide was produced, and why we think that virtual conferences must be part of the way we interact post COVID-19.

The task force was first conceived within the SIGPLAN Climate Change Committee, which itself dates back to early 2017. This committee has been formulating possible steps that conferences can take to reduce their huge carbon footprints, which mostly result from the participants’ air travel. In 2017, the ACM SIG governance board sponsored the development of a carbon calculator proposed by SIGPLAN chair Michael Hicks and students working with him. A first report was released in 2018, describing several options, from small changes like allowing participants to buy carbon offsets during registration to more radical ones such as multi-site and even entirely virtual conferences.

Through late February 2020, the SIGPLAN Climate Committee had focused its energy on advocating for small incremental changes that could quickly be adopted widely and still make a difference. In a CACM article published on February 25 (and summarized earlier here on this blog), some of us (as members of that committee) called for a public accounting of all of ACM conferences’ carbon footprint (using the carbon calculator or other similar tools), followed by a self-imposed, and increasingly higher over time, carbon tax proportional to that footprint. In the world before COVID-19, given all the cultural inertia for keeping the conference culture unchanged, this seemed like the least problematic action that could be widely accepted by the community. In that distant past of 2 months ago, the idea of moving established conferences online quickly  seemed like a big change from the status quo, and one that could introduce substantial risk to the overall scientific enterprise, compared to the in-person versions. However, now we all find ourselves forced to experiment with on-line conferences, whether we like it or not, and our focus has shifted from advocating for incremental change to facilitating the best virtual conference experiences and experiments possible during this time.

Between the last week of February and the first week of March, upcoming conferences started cancelling their physical events, with many of them  deciding to quickly move the event online. Organizers were scrambling to figure out what exactly was involved in doing so. Not surprisingly, members of the SIGPLAN Climate Change Committee were approached for ideas. We realized this needed a more systematic effort, because many conferences would be affected, and very few people had ever even been to a virtual conference. Crista Lopes and Benjamin Pierce approached one of the ACM Council members, Jeanna Matthews, who had worked to sponsor the earlier carbon calculator efforts, with a proposal for the creation of an ACM task force. Jeanna, in turn, sent the proposal to the ACM President and some of the ACM officers, who quickly turned around and instituted a Presidential Task Force on What Conferences Can Do To Replace Face To Face Meetings.

The first meeting of the task force was on March 19. During that meeting, we set an ambitious goal of producing a first version of the guide within two weeks. During those weeks, we all worked intensely on the document, shaping it and filling it out with information and advice that would be immediately actionable by conference organizers. During that time, we also reached out to other people who we knew might offer either experience-based advice or questions that we had forgotten to cover. Overall, close to 20 people read and commented on the earliest versions of the document.

A Guide for Holding On-line Conferences

On April 5, we officially sent v1.0 of the guide to the ACM President for her review and approval. She gave us the green light a few days later, and the guide was officially released on April 10. We continue to maintain a live version as a Google Doc, where readers can leave comments and suggestions, and we will continue to update the document as we gain experience.

The guide offers a comprehensive survey of the issues that virtual conference organizers will face, the current best practices for addressing them, and the technology platforms that are available for doing so. Most importantly, it stresses that the most essential feature of a successful online conference is not technology, but effective human organization. A virtual conference requires just as much preparation and behind-the-scenes activity as a physical one—indeed, the organizational structure and roles carry over largely intact from one setting to the other, but may take on different realizations in a virtual environment. The guide also offers a large collection of ideas for supporting informal, unstructured interactions between participants—probably the most valued feature of physical conferences, and one of the hardest to replicate in an online setting.

The task force is now collecting experience reports from conferences that held online events, so we can all learn from what worked and what did not work. The Appendix of the live Guide has links to the reports we collected so far. Most of these conferences are doing post-conference surveys that will provide valuable data for the future. The first few reports seem to indicate that, overall, the participants were pleasantly surprised with the experience.

Six weeks into shelter-in-place, the short-term outlook for physical conferences does not seem promising. While drastic distancing measures seem to have helped contain the exponential growth of the disease, the fact of the matter is that, without a vaccine, we cannot go back to life as we knew it. State and local governments may be able to ease the draconian phase of distancing, but many restrictions will still have to be in place until a vaccine is shown to be effective. Specifically, large gatherings of people are probably not in the cards for the rest of the year, possibly well into 2021. This means that we will probably continue to have to interact online for a long time. In order to cope with this uncertainty, organizers of conferences in 2020 and 2021 will benefit from adding conference virtualization chairs to their committees. These are members of the conferences’ communities who have enough knowledge about video conferencing, live streaming, and online collaboration that they can set up the right combination of platforms for the online version of their conferences and manage the teams of volunteers to run them.

The CS community is in the midst of a grand experiment, with fully online conferences bringing enormous energy and creativity to bear on producing the best possible experiences in this setting. When the dust settles and COVID-19 recedes, we will be in a much better position to advocate for change based on evidence. Before we had relatively easy-to-measure costs regarding emissions against hard-to-measure benefits to research quality and impact. With the experience of actually going on-line this year, we will have a lot of new data on attendees’ experiences with virtual conferences, especially if we invest in conducting smart surveys, and looking at things like level of participation. We should emerge with a rich palette of new ideas and structures that, going forward, will improve our options for dealing with longer-term threats like climate change. We hope that the guide we’ve written will help organizers make the most of this experiment and that the community will look back on 2020 as the beginning of a change for the better.

Crista Lopes is professor of Software Engineering at the University of California, Irvine with research interests in programming, software engineering, and distributed virtual environments. She is the author of the popular book “Exercises in Programming Style,” is an IEEE Fellow, and was a member of the SIGPLAN Executive Committee from 2013 to 2018.

Jeanna Matthews is an associate professor of Computer Science at Clarkson University, where her work focuses on algorithmic accountability and transparency and computer security. She is currently a member of ACM Council and has served as Chair of the SIGOPS and Chair of the SIG Governance Board.

Benjamin C. Pierce is Henry Salvatori professor of Computer and Information Science at the University of Pennsylvania. The author of several widely used textbooks including Software Foundations and Types and Programming Languages, he also serves as SIGPLAN vice-chair and as chair of its as hoc committee on climate change (on which Prof. Lopes also serves).