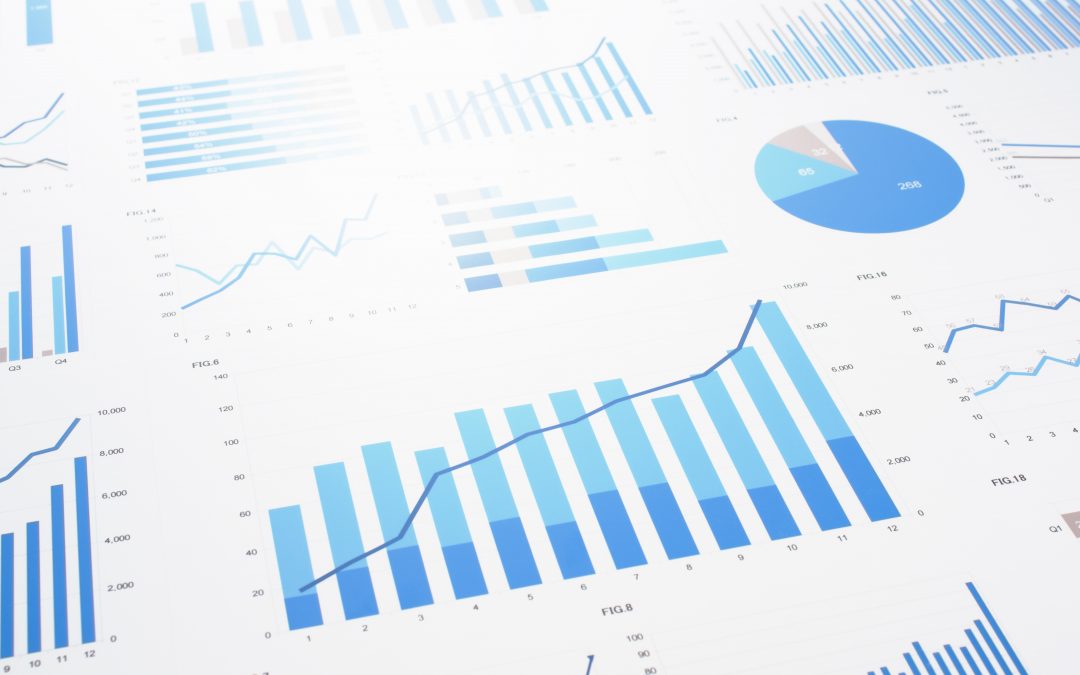 In a series of two posts, I’d like to share some thoughts I’ve accumulated over the past few years about how to draw better graphs. In this post, I recommend that normalised data should usually be plotted on a logarithmic scale. To elaborate on my recommendation, I draw upon many examples of graphs I found in the proceedings of PLDI 2019. In my next post, I argue that scatter plots can be easier to understand than bar charts.

Normalised data is data that is the ratio between two measurements that have the same dimension. Such data comes up frequently in PL research, e.g., the ratio between the execution time of a program before a proposed compiler optimisation has been applied and the execution time of that program afterwards. I believe that such data should be plotted on a logarithmic scale. Indeed, the SIGPLAN Empirical Evaluation Checklist suggests logarithmic scales for speedups, among several other recommendations for drawing good graphs.

I will illustrate my reasons with reference to the two graphs below, which both show some sort of “speedup” that has been obtained on four benchmark programs, A, B, C, and D. The left graph uses a linear scale on the y-axis, while the right one plots the same data on a logarithmic scale.

There are four reasons why the logarithmic scale is better:

One caveat: the logarithmic scale doesn’t work well if the normalised data can be zero. This is quite rare though – I don’t think I saw this in any of the PLDI 2019 papers I scanned through when writing this post.

I found sixteen papers from PLDI 2019 that contained graphs where normalised values were plotted on a linear scale. I suspect that all of these graphs would be improved by using a logarithmic scale. The full version of this article lists all of the examples I found; here I’m just going to focus on a handful of interesting ones. 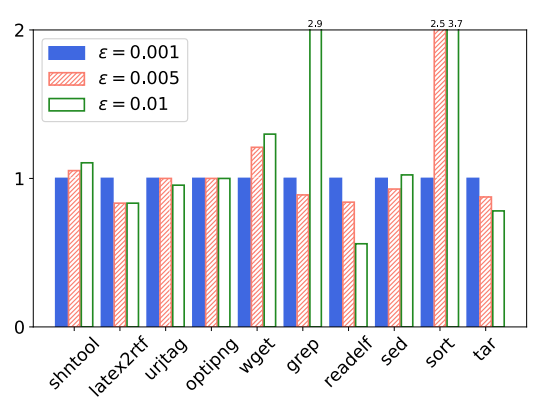 I’m a little torn about my second example, which is from Scalable verification of probabilistic networks by Smolka et al., and plots speedup against the degree of parallelism.

The graph uses a linear scale on the y-axis, which goes against my advice. Yet this does not seem unreasonable here because it means that we can easily compare against the ideal situation of “speedup factor equals parallelism degree”, which is depicted as a straight line at y=x. Perhaps the best compromise in these situations would be to use logarithmic scales for both axes.

My final example is from Toward efficient gradual typing for structural types via coercions by Kuhlenschmidt et al.

It is technically a non-example, because the graph does use a logarithmic scale. However, the benefits of the logarithmic scale would be better exploited by starting the bars at y=1 rather than at an arbitrary small number like y=0.01.

Once that change is made, we would have a fine example of a bar chart. But opportunities for improvement remain! In my next post, I explore whether a bar chart is really the best kind of graph for these situations, or whether a scatter plot may be better still.

Bio: John Wickerson is a Lecturer in the Department of Electrical and Electronic Engineering at Imperial College London, where he researches programming languages and hardware design.